Should Urodynamics Be Obtained Before a TURP? 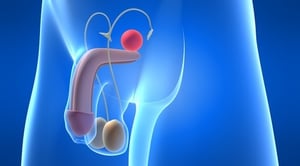 Prior to performing a TURP, there are several key tests that most urologists employ.

Aside from a history, exam, IPSS score, PSA and urinalysis, most will assess residual urine volume, perform a cystoscopy and measure the prostate – either with a formal TRUS, or based on a CT, MRI or abdominal ultrasound. Urodynamic testing (UDS) is used to varying degrees before a TURP by urologists. On one end of the spectrum there are purists who will only offer a TURP to someone with UDS-proven obstruction;

and on the other end are those urologists who see UDS as a superfluous test and will offer a TURP to patients without ever using urodynamic testing. A more nuanced approach is likely the best use of UDS before TURP. In this blog post, we will discuss some situations where UDS before a TURP is imperative, cases where it can add information, and situations where it is probably not necessary.

One situation where UDS is invaluable is the man in retention with either a catheter in place or on intermittent catheterization and who cannot void.

Performing a TURP on a man in retention without pre-operative UDS and then finding out after the procedure that he still can’t void is a scenario that is best avoided. By performing UDS on all men in this situation, the risk of performing a TURP and having a man who still cannot void after the procedure will be greatly reduced. Men with bladder function and proven obstruction on UDS are candidates for surgical intervention. Men without detrusor function may still void after a TURP; however, many of these patients are best treated with intermittent catheterization and a careful, informed discussion of the risk of continued retention post-TURP must be discussed.

Men with dominant irritative symptoms such as urgency and frequency — and especially urgency incontinence — are great candidates for UDS before a TURP.

The dilemma in these cases is whether these men have issues due to bladder outlet obstruction, where surgery will relieve their issues, or overactive bladder (OAB), or both. UDS is a great test in such situations as it can direct some men away from surgery and toward medical therapy for OAB while also showing which men have substantial obstruction and will likely benefit from surgery. In men with pure OAB or minimal obstruction on UDS, treatments directed at OAB may be more beneficial than a TURP.

Another good use of UDS before TURP is in men who cannot adequately explain what their voiding issues are.

This is often the case in men with vague voiding complaints in whom medications don’t seem to help; men with incontinence that is hard to classify as stress or urge; and men who have large residual urine volumes but can still void. Some men are obstructed and a TURP may be very helpful; some have predominantly OAB and a TURP may not be beneficial; likewise, some of these men have an underactive detrusor and would benefit more from intermittent catheterization than a TURP. In these cases, UDS is a great tool to better stratify who would benefit from a TURP when complaints aren’t easy to categorize and you don’t know the underlying voiding pathology.

On the flip side, there are many situations where UDS is really not that helpful before a TURP.

Men who have responded well to alpha-blockers, 5-DHT blockers, or both, but who are no longer getting sufficient improvement, are usually good candidates for a TURP without performing UDS. Likewise, men who have responded to these agents, but then could not tolerate their side effects or stopped for another compelling reason, usually do not need UDS before a TURP. And finally, men with classic obstructive symptoms who do not want to take medication and where there is no confounding by OAB, incontinence, or retention, are usually great candidates for a TURP without UDS.

UDS play a key role in the work-up of some men before TURP.

Although they are likely not needed when men have classic obstructive symptoms, there are some key situations when a urologist should consider using UDS. When men are in retention, when OAB symptoms are prominent, and when the situation is not clear from the history and exam, UDS is a critical tool for selecting appropriate candidates for a TURP.