UDS After Female Incontinence Surgery: Who, When and Why? 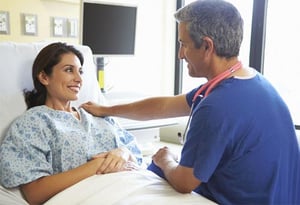 One of the most vexing clinical situations happens to be one of the best uses of urodynamics (UDS): ongoing symptoms after female incontinence surgery. These cases are challenging and patients are often not happy to have ongoing symptoms, new symptoms or worsening symptoms; however, appropriately utilized and interpreted, UDS can be key to helping these patients. There are a few common clinical scenarios where post-operative UDS will be helpful: after stress incontinence surgery, after overactive bladder procedures, and after pelvic organ prolapse (POP) surgery.

After surgery for stress urinary incontinence (SUI), common causes of ongoing complaints of incontinence are often due to continued SUI, urinary retention or new onset urgency incontinence. UDS is a key test in these patients, as such cases may involve urethral obstruction from the sling, which can be proven on UDS and then treated with urethrolysis. Additionally, in some patients who have continued SUI, UDS can show what the Valsalva leak point pressure is (VLPP) and guide repeat or additional therapy, such as placing a new, tighter fascial sling. Occasionally an etiology such as unrecognized OAB or overflow incontinence is discovered and treatment can be geared towards those diagnoses as well.

Surgical intervention for urgency urinary incontinence or overactive bladder (OAB) is less common than for SUI, though issues can occur after these procedures as well. A common intervention is the injection of onabotulinum toxin A (Botox) for OAB. After this procedure, some women will develop urinary retention and require intermittent catheterization. In the event this does not resolve in a timely manner, UDS testing can be helpful to guide patient expectations on the resumption of spontaneous voiding. Additionally, in a patient who has had sacral nerve stimulation (SNS) and inadequate improvement in symptoms, UDS testing can assess bladder compliance and the abdominal leak point pressure (ALPP) and guide further therapy, such as the need for a bladder augment.

Finally, treatment of POP can result in de novo SUI or OAB symptoms. Often this is ascertained before POP surgery and a concomitant sling can be placed if reducing the POP leads to SUI; however, this is not always apparent before surgery. In such patients, a UDS study can help determine the VLPP and guide best surgical therapy. Likewise, if OAB symptoms and/or retention develop after POP surgery, UDS can help differentiate what the underlying voiding issues may be and guide therapy.

As you can see, there are a slew of post-operative issues that can occur after female incontinence surgery. UDS can be a key test to help ascertain what the issues are in such patients and help guide treatments that can improve on continued or new voiding issues after surgery. The use of UDS in assessing obstruction  from a sling after SUI surgery is probably the most critical of these indications to remember, though it remains a key tool in assessing persistent symptoms after surgery for urgency incontinence and POP as well.