What is Required for a Urodynamics Tech or Nurse to be Competent? 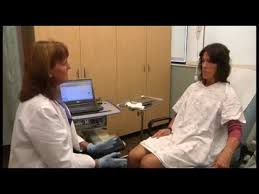 Since urodynamics (UDS) is a relatively time consuming test, physicians who perform and interpret UDS are reliant on ancillary medical staff to perform much of the UDS study. This role is often performed by a mid-level provider, such as a nurse practitioner (NP), physician’s assistant (PA), registered nurse (RN) and even by a medical assistant or other trained technician (MA). The degree of medical knowledge needed to successfully perform a UDS test does not need to be extensive, hence providers do not need a medical or advanced degree to perform UDS; however, they do need to be proficient in setting the patient up for the test, know the key steps, know how to manage basic artifacts and when to engage the physician during a test.

Preparing the patient for UDS and setting the test up are critical aspects of the tech’s job. The patient should have a screening urinalysis and culture directed or other prophylactic antibiotics may be needed, so the tech must have good knowledge of the relevant local protocols. Proper placement of the urethral and rectal catheters, along with the EMG patches and then correct zeroing and testing is essential as well. The tech must test the catheters as well, to insure they are giving appropriate tracings with mild effort, such as shaking, and with stronger effort such as a cough. Given the awkward nature of a UDS exam, the technician should have a good bedside demeanor to help keep patients at ease during the UDS test.

During the test, the tech needs to have basic knowledge of some artifacts, along with knowledge of how to conduct the test. Fill rates should be determined by protocol and occasionally filling needs to be stopped or slowed due to urge, the tech must be aware of this and able to respond. In addition, the tech needs to prompt the patient for first sensation, escalating desire to void and allow the patient permission to void at capacity. Notations on the tracing should be made as well and most software allows this to be done automatically. Critically, before voiding, the tech must insure that any involuntary detrusor contractions have passed before allowing the patient to void. This is a huge cause of mistaken readings and something the tech must be cognizant of.

Most critically, the tech needs to know when to engage the physician. On all UDS testing, the physician billing for services must be present for critical portions of the test, especially the voiding phase and often the terminal filling phase. Summoning the physician for this is paramount. Furthermore, there are artifacts such as clogged catheters, poor reading, lack of zeroing and the like, that the tech should be able to manage on his or her own. If the usual set of troubleshooting maneuvers does not correct these, then the physician needs to be called to address the abnormality and sort it out, otherwise the test may be invalid and need to be repeated. This is the most critical part of training for a UDS tech position.

Overall, a UDS tech can be easily instructed on how to set up a UDS exam, troubleshoot common issues and, most critically, get help from the physician reading the test when things aren’t going according to protocol.