The Value of Urodynamics in Clinical Practices 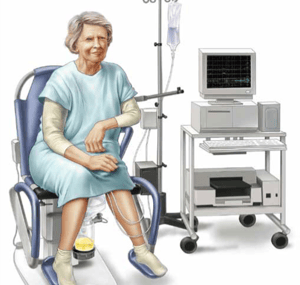 their interaction with medications, drugs, and other substances. However, some clinics doubt that urodynamic services make a difference in specific populations of people. To test this theory Suskind AM, Cox L, and Clemens JQ et al. (2017) decided to test the value of urodynamic services within an academic specialty referral practice. The objective of the study was to demonstrate that UDS services could provide useful information for correct medication doses in patients and other drugs.

The perspective questionnaire was designed to determine the use of UDS in clinical practices. Each patient who was invited to be in the study was 18 years or older and were either male or female. Five clinics asked their patients if they wanted to participate in the study if they were coming for a UDS service. They were then prompted with a pre-questionnaire asking their race, gender, age, and if they had previously used UDS services. They were also asked if they had any history of pelvic radiation and neurological conditions.

The clinical would then recommend this data and classify it into; stress versus urgency, evaluate for bladder outlet obstruction in a patient with incomplete emptying, urinary retention, or refractory symptoms. Determine the etiology of voiding dysfunction in a female patient with a history of incontinence surgery, to assess the safety of bladder filling (e.g., bladder compliance, presence of vesicoureteral reflux), to evaluate urinary incontinence in a neurogenic patient, to determine the bladder capacity/compliance and outlet in a patient preparing to undergo renal transplant.

Susskind et al. (2017) used a questionnaire-based study where the patients would complete a pre and post UDF questionnaire on the UDS they had just ordered. This was between the dates of May 2013-August 2014. The questions asked for demographics, history, clinical indication for UDS, pre and post UDS clinical impressions, and changes in UDS management plans. Once all testing was done, they then compared the data using McNemar’s test.

Additionally, they also tracked information for the UDS study based on; if it was an urgent problem, to evaluate the obstructions in the bladder, to see if there was dysfunction in female patient, to assess if the bladder could be filled safely, to note incontinence in neurogenic patients, and to assess the bladder's capacity. All UDS testing was performed under the guidelines of the International Continence Society's good urodynamic practices.

The procedure consisted of 8F dual microtip UDS catheter rates, and they used up to 50 ml per minute. The drip would then keep filling until they hit the 250 ml threshold and then they would use regular saline solution for the rest of the filling. The pressure transducers were zeroed out, and the level of the bladder had to be consistent before they could get an accurate reading. They then placed Perineal pads on top of the patients’ pelvic region and used measure electromyography EMG to get results.

After the UDS study was completed the clinicians would then ask a post UDS questionnaire to the patients. The questionnaire inquired about the patient’s lower urinary tract diagnoses and to determine if management of their lower urinary tract had changed after the UDS study. They were asked; if it involved surgery, medication, interval, catheterization, or pelvic floor physical therapy.

The results of the study showed that a total 285 UDS studies were conducted in which the average age of the participants was 56 years old, and around 60% of them were female. Only 19.3 of them also had a neurological diagnosis. The most common indication for needing a UDS service was the predominant type of urinary incontinence in patients with mixed symptoms.

They found that the results in their practice aligned with the hypothesis that urodynamics play a prominent role when it comes to changing a patient's treatment plan on managing a healthy urinary tract. Susskind et al. (2017) concluded that UDS was a clinically useful tool when it comes to putting together a treatment plan in place for a large selection of patients.

A total of 836 patients came in for UDS testing, and out of that number, only 285 of them consented to be in the study. That means that only around 33% of the individuals who came into the office for UDS services consented to the study. That leaves much room for different results and may have changed the outcome of the study. The pre and post questionnaires played a significant role when it came to factoring how patients felt about their lower urinary tract health and their new treatment plan. The fact that UDS treatments had a significant benefit to the patient's urinary health should be noted. This means the study did demonstrate that urodynamics is a valuable asset for other practices.