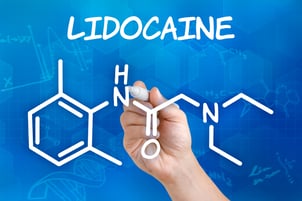 The storage and elimination of urine are regulated by neural circuits in the brain and spinal cord to coordinate function between the urethra and the urinary bladder. During micturition, the elimination of urine is facilitated by bladder wall contraction as well as urethral wall and pelvic floor muscle relaxation. In the following article, we will discuss discuss this study: Randomized Controlled Trial to Assess the Impact of Intraurethral Lidocaine on Urodynamic Voiding Parameters.

Lower urinary tract symptoms (LUTS) lead to incomplete bladder emptying, decreased quality of life, increased healthcare use, decreased workplace productivity and impact in intimate relationships. Some of the approaches to improve the condition such as physical therapy, intermittent or indwelling catheterization, urethral dilation, pharmacotherapy, surgery or neuromodulation do not concentrate on bladder dysfunction as the etiology of retention and patients develop overflow incontinence, hydroureter, hydronephrosis, infection or renal failure.

To improve the therapeutic failure it is necessary to clarify the neural mechanism of urinary retention. The study compared urodynamic parameters in healthy women with or without urethral anaesthesia to determine the role of urethral sensory feedback in effective bladder emptying. It was hypothesised that urethral afferent nerve fiber activation augments bladder contractions for efficient voiding and that intraurethral lidocaine would disrupt sensory feedback and impair bladder emptying.

Primary Objectives of The Study

The study is a randomized, double-blind, placebo-controlled trial of healthy women and candidates who passed the LUTS questionnaire. Prospective subjects were recruited via print and electronic advertisements and underwent an initial phone screen, followed by an in-office screen to determine eligibility. The in-office screen consisted of a review of health history, demographics, and medications and completion of the validated Lower Urinary Tract Symptoms (LUTS) Questionnaire.

Inclusion criteria were the following:

Exclusion criteria were the following:

Participants were assigned randomly to receive an intraurethral application of lidocaine jelly 2% or 5 mL of plain aqueous gel (KY Jelly; Reckitt Benckiser, herein referred to as placebo gel). The subject’s bladder was then scanned transabdominally with a bladder scanner to ensure at least 250ml of urine was present. Once the expected threshold was reached subjects completed a baseline uninstrumented uroflowmetry study and assessment of post void residual with a standard clinic bladder scanner. Subjects were asked to void in their usual fashion over a uroflowmetry load cell. Later, subjects were instructed to hydrate themselves adequately and return for a standard UDS.

After about 250ml of collections, random patients were injected with Lidocaine 2% jelly and incubated for 3 minutes. UDS was performed and post void residual was obtained both by bladder scanner and in and out catheterization. After second uroflowmetry, subjects completed complex cystometry, urethral pressure profilometry and micturition pressure flow studies. Surface EMG assessed the pelvic floor muscle recruitment during voiding. After securing the leads to the patient, the bladder was filled with room-temperature normal saline at 60 mL/min. Questionnaires regarding the sensation of filling, desire to void, strong desire to void and maximum cystometric capacity were assessed and the patients were asked to point a # on the visual analog pain scale. Urethral pressure profilometry was then performed manually. The patient was then asked to void and a final postvoid residual was obtained.

The primary outcome, voiding efficiency on uroflow after administration of study drug, was not significantly different between placebo and lidocaine groups when assessed by either bladder scan or catheterization. Average flow rate, maximum flow rate and the flow time were also unchanged on uroflow.

In this study of healthy female volunteers, intraurethral 2% lidocaine gel did not decrease voiding efficacy during uroflow. But the majority showed an elevated EMG activity and an interrupted urinary flow pattern during pressure flow studies. Although there was not much difference between voiding efficacy, greater proportions of lidocaine group showed elevated EMG activity, interrupted flow stream, lower max flow rates and higher abdominal recruitment during voiding.  Further studies should be performed to evaluate variance of voiding efficiency with repeated measures and also how well the objective measure of voiding efficiency versus subjective strain/valsalva voiding pattern correlates with clinically reported urinary retention.

VAS scores at all time points was higher in the lidocaine group and those subjects experienced twofold higher increase in pain after catheterization compared to placebo group.

Limitations to this study would include a small sample size and inefficient power to detect primary outcome, while normal voiding behaviors only showed self-reported symptoms on the LUTS questionnaire.

It is suggested that further research should focus on increasing the sample size and the optimizing of urethral anesthesia, including dosing and administration technique. Furthermore, a crossover design could reduce confounding factors. Research should investigate the impact of varying concentrations of anaesthetics or longer incubation periods to give a greater effect size and explain many differences. Finally, the intraurethral lidocaine use during UDS would not be recommended for routine use due to the impact on voiding phase of micturition and lack of reduction in pain in the current study.