Urodynamic Outcomes of Tamsulosin in the Treatment of PBNO in Men 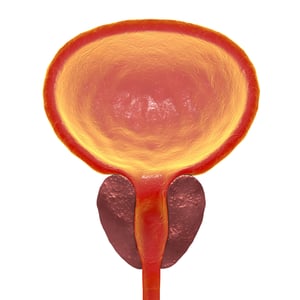 Let’s delve into the topic. Available treatment options for bladder neck obstruction are observation of the patient with follow-up, clean intermittent catheterization or bladder neck incision, alpha blockers. Studies conducted to assess the efficacy of the pharmacological approach are nonrandomized and small.

The results of such studies1 have been quite variable and the objective urodynamic evaluation of success has been lacking as success of the treatment has been defined variably by different authors. Moreover, there are few studies2 which have reported pressure flow study outcomes after alpha blockers.

All patients underwent uroflowmetry and a representative flow with a minimum voided volume of 150 ml was recorded. Kidney, bladder, prostate, and ureter were imaged with ultrasonography. Cystoscopy or ascending urethrogram was performed to rule out urethral stricture. At this point, in case that all the above investigations were normal, patients were subjected to videourodynamics.

A. Around 42% of patients achieved a >2.5ml/s improvement in Qmax

C. 57% had improvement in global quality of life and change in pre- and post- treatment score was statistically significant.

Tablet tamsulosin was tolerated well by many patients with few side effects. 47% complained of abnormal ejaculation. 12% developed giddiness at initial usage which eventually subsided over time.

All the male patients in this study were diagnosed with primary bladder neck obstruction based on the videourodynamic test results. Following diagnosis, all of them were initiated with tamsulosin.

Similar studies3 have been conducted with similar improvements in parameters. Qmax improvement was 2.3ml/s in this study. It can be safely said that alpha blockers offer significant improvements in flow rates for these patients. The concept behind this was offered by a study by Yamanishi et al.4 saying that alpha blockers relax the bladder neck and actually decrease the energy loss due to obstruction in patients with bladder neck obstruction when compared to normal circumstances. The study also shows significant statistical and clinical improvement in urodynamic pressure flow parameters indication reduction in outlet obstruction.

According to the study, tamsulosin 400 micrograms once a day is effective in the reduction of bladder outlet obstruction on pressure flow studies in male patients with primary bladder neck obstruction (PBNO) type 1. Patients with BOOI of >60cm of water are less likely to respond to alpha blockers even though there is a placebo effect seen in these patients. Although minor, abnormal ejaculation has been observed as a side effect in plenty of young patients.