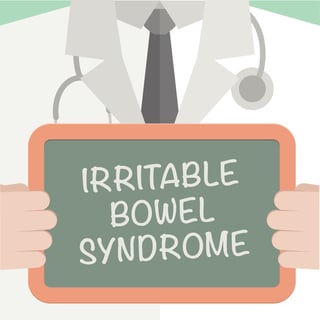 What is Irritable Bowel Syndrome?

Irritable bowel syndrome2 (IBS) describes a group of symptoms that affect a patient’s gut and intestinal comfort. There are four main types of IBS: IBS with diarrhea (IBS-D), IBS with constipation (IBS-C), IBS with both constipation and diarrhea (IBS-M), and IBS with neither of these symptoms (IBS-U). In nearly all cases of IBS, changes in bowel movements occur in conjunction with abdominal pain. Additional symptoms of IBS include:

There is no cure for IBS3; however, successful treatment is dependent on a proper diagnosis. Treatments include lifestyle changes, diet, medications, and psychological therapy.

Until recently, IBS was diagnosed via extensive testing which was used to exclude diseases that could be causing similar symptoms. In general, absence of other disorders led to an IBS diagnosis. However, today the diagnosis of IBS requires a knowledgeable physician who can recognize symptom details when performing a physical examination and limited diagnostic testing is necessary.

A number of scholarly studies have been performed to characterize the usefulness of anorectal manometry as a diagnostic tool for IBS.

In another publication, Study of Visceral Sensitivity in Irritable Bowel Syndrome5, anorectal manometry was utilized to better understand rectal visceral perception in patients suffering from functional bowel disorders, such as IBS. Here, researchers theorized that the activation of intestinal mast cells may be implicated in IBS, since these cells have gastrointestinal mucosal sensory nerve terminals that contain neuropeptides and are connected to the central nervous system.

Electron microscopy studies of tissue from the terminal ileum, ileocecal junction, and ascending colon showed a significantly elevated concentration of mast cells in patients with IBS. Ultimately, researchers concluded that altered rectal perception is characteristic of IBS, which can be reliably tested for with anorectal manometry.

If your practice is not currently performing Anorectal Manometry testing, click on the link below to learn how to offer it without placing additional burden on your budget or your staff.